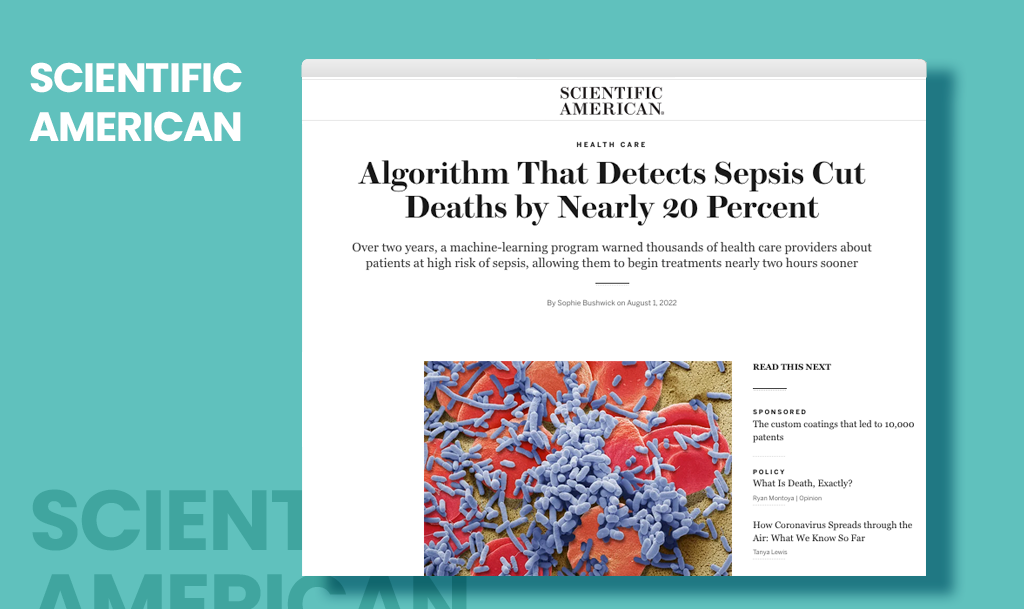 Posted at 11:25h in Masonry, Press by bayesianhealth_v7tj08
0 Likes

Detecting sepsis earlier with Bayesian’s health AI. “I think that this model for machine learning may prove as vital to sepsis care as the EKG [electrocardiogram] machine has proved in diagnosing a heart attack,” says Karin Molander, who is an emergency medicine physician and chair of the nonprofit Sepsis Alliance. “It is going to allow the clinician to go from the computer…, trying to analyze 15 years’ worth of information, to go back to the bedside and reassess the patient more rapidly—which is where we need to be.”